Posted by simondbell on December 30, 2014 in Beer, Craft Beer

So I’ve been working on this craft beer blog for the last 2 years almost (admittedly most of that time was dedicated to *ahem cough* research) and it’s a little light on content so as a means of getting started again I am going to kickstart things with a simple subject matter based on the copious volume of research imbibed. So here goes, my top 5 craft beers of the moment….in no particular order… 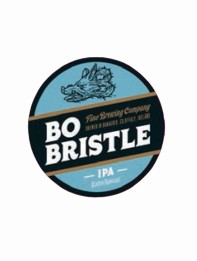 I’m usually a fan of IPAs and seeing the sheer number of bottles of this stocked in my local off-licence gave me an indication that it was probably pretty popular / either that or someone was pretty confident that they would sell a lot of it. After the first bottle I had caught the bug somewhat and this has quickly become one of my fail safe beers that I always make sure to have in the house. Brewed in Banagher (of Pure Mule fame) this is one of a range of beers from the Bo Bristle Brewery, who appear to be doing very well if number of places its available is anything to go by! As IPA’s go its really smooth, yet still hoppy with that citrus finish and a great beer for an evening at home at the end of the working week…presumably it’s not too bad out in the pub either!

For anyone that knows me they will be aware that I am a massive fan of the beers that these guys are producing in Rathmullan, Donegal. Ind 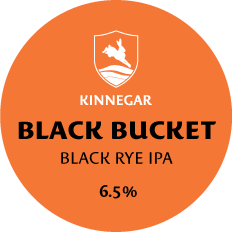 eed I did fret somewhat a couple of weeks ago when the supply in the 2 local off licences of choice looked to be drying up (thankfully it was a temporary supply issue but that didn’t stop me stocking up when it did come back in just in case!) My favourite currently of the beers these guys are producing is the Rye Ale Rustbucket. A big shout out to my local that has been selling this in bottles for the last number of months, but anyway I digress!

The thing that I really like about Rustbucket is the really distinctive flavour and colouring that the Rye gives the beer, it adds a real complexity to the flavour (which also serves as a reminder the respect the strength of it!) but it remains very smooth to the finish making it really drinkable. Being a fan of this, imagine my excitement (perhaps a little too much so) when I discovered that Kinnegar were unleashing another Rye variant called Black Bucket, especially for the All Ireland Craft Beer Festival back in September, so much so that I dragged my willing accomplices directly to the Kinnegar bar as soon as we got there and used both of my free tickets on it. Slightly stronger, in terms of alcohol content at 6.5% again it deserves respect, and produced with black rye it has a really distinctive black colour, bursting with Rye flavours but retaining a level of hoppy crispiness I would have quite happily stayed drinking that for the night! So in the unlikely event that anyone from Kinnegar reads this, please give me some hope that it wasn’t a once off and will be available more widely soon. 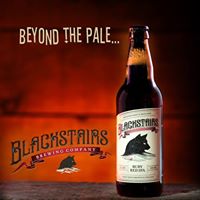 A discovery from the craft beer festival and sampled partly in deference to my Wexford side, partly by the fact that it looked pretty cool as a bar and was just beside me at that point in time I sampled this tasty, and somewhat unusual number. Only brewing since June, this beer goes down incredibly well. It is not quite a Red Ale and not quite an IPA but somewhere in between the two. It is not quite as hoppy (indeed the hops are very subtle) as an IPA and captures some of the light caramel flavours of an Irish red ale to make a really great combination. Possibly not a beer you would be drinking in massive quantities but certainly one that you could enjoy two or three with an afternoon of sports on TV. This is starting to become more widely available now, however can be a little pricey, but definitely worth the little extra for the quality and freshness

Perhaps the best discovery of the Craft Beer Festival for me. Again these guys are only brewing since June and what really drew me in in the first place is when I spotted that they were based in the Cork Gaeltacht of Ballyvourney, a place that holds lots of happy memories for me as a teenager in the Gaeltacht for 3 consecutive summers.  Stag Bán, the name derived from the story of St Gobnait and the nine white deer in the Ballyvourney area, is a crisp and really fruity IPA. It retains a lot of the hoppiness of a good IPA yet also has a distinctive flavour that is not quite citrus but more something of a subtle peach flavour. As I said, probably the discovery of the Craft Beer Festival for me, and Imagine my delight when I discovered literally a couple of weeks after the Craft Beer Festival that it was available in both of my local off licences. If you can get your hands on it you definitely won’t regret sampling this and at the same time supporting industry in the Gaeltacht…doing your bit for the language one beer at a time!

When out for a few drinks, I am usually not averse to a few pints of the more mass produced Black Stuff however the time generally comes where either I’ve reached a point of fullness where I can’t go on, or we reach an establishment where its not advisable to continue on that path at which point I usually struggle to find an alternative! A number of months back on a sunny Sunday of a bank holiday weekend, I found myself out in town with a willing accomplice mid-afternoon and after a few “nice pints” we decided to try somewhere else. Finding ourselves perched at bar in another establishment (about 100 feet from the previous place) awaiting the start of the Sunday evening jazz that we discovered was also on there we decided to try The 5 Lamps Lager, which was calling out to us  from behind the fridge doors.

As beers go I am not a big lager drinker although I have to say I really enjoyed the 5 Lamps Lager, but looking for something a little more akin to the stout that went before it the barmaid suggested that I try Blackpitts Porter from the aforementioned 5 Lamps Brewery.  For me this is a great great beer from the bottle, it’s a porter but not in the creamy draft stout vein as Guinness but more in the style of Guinness Extra Stout. Best drunk nicely chilled, this beer is slightly bubbly  with a mild yet unmistakably roasted barley flavour, it is a very dark colour and not dissimilar to Guinness Black Lager. Definitely one worth trying, great from the bottle and easy enough to drink at lager drinking pace!

So that’s me for the moment, let’s see if I can keep up the volume of content! I need to get some further research in in order to have something to write about so (if anyone reads this) I’d really welcome your suggestions as to where I go from here! As always, in the even less likely event that anyone wants to send me some samples I am more than open to that too!